The U.S. Environmental Protection Agency (US EPA) and the Surgeon General’s Office have estimated that as many as 20,000 lung cancer deaths are caused each year by radon. Radon is the second leading cause of lung cancer. Radon-induced lung cancer costs the United States over $2 billion dollars per year in both direct and indirect health care costs. (Based on National Cancer Institute statistics of 14,400 annual radon lung cancer deaths – Oster, Colditz & Kelley, 1984)

According to the US EPA, nearly 1 in 3 homes checked in seven states and on three Indian lands had screening levels over 4 pCi/L, the EPA’s recommended action level for radon exposure.

A family whose home has radon levels of 4 pCi/L is exposed to approximately 35 times as much radiation as the Nuclear Regulatory Commission would allow if that family was standing next to the fence of a radioactive waste site. (25 mrem limit, 800 mrem exposure)

An elementary school student that spends 8 hours per day and 180 days per year in a classroom with 4 pCi/L of radon will receive nearly 10 times as much radiation as the Nuclear Regulatory Commission allows at the edge of a nuclear power plant. (25 mrem limit, 200 mrem exposure)

What is radon?
A layman’s description

Radon is a cancer-causing radioactive gas. You cannot see, smell or taste radon, but it may be a problem in your home. The Surgeon General has warned that radon is the second leading cause of lung cancer in the United States today. If you smoke and your home has high radon levels, you’re at high risk for developing lung cancer. Some scientific studies of radon exposure indicate that children may be more sensitive to radon. This may be due to their higher respiration rate and their rapidly dividing cells, which may be more vulnerable to radiation damage.

Radon is a colorless chemically-unreactive inert gas. The atomic radius is 1.34 angstroms and it is the heaviest known gas–radon is nine times denser than air. Because it is a single atom gas (unlike oxygen, O2, which is comprised of two atoms) it easily penetrates many common materials like paper, leather, low-density plastic (like plastic bags, etc.) most paints, and building materials like gypsum board (sheetrock), concrete block, mortar, sheathing paper (tar paper), wood paneling, and most insulations.

Radon is also fairly soluble in water and organic solvents. Although reaction with other compounds is comparatively rare, it is not completely inert and forms stable molecules with highly electronegative materials. Radon is considered a noble gas that occurs in several isotopic forms. Only two are found in significant concentrations in the human environment: radon-222, and radon-220. Radon-222 is a member of the radioactive decay chain of uranium-238. Radon-220 is formed in the decay chain of thorium-232. Radon-222 decays in a sequence of radionuclides called radon decay products, radon daughters, or radon progeny. It is radon-222 that most readily occurs in the environment. Atmospheric releases of radon-222 results in the formation of decay products that are radioisotopes of heavy metals (polonium, lead, bismuth) and rapidly attach to other airborne materials such as dust and other materials facilitating inhalation.

USE: Radon has been used in some spas for presumed medical effects. In addition, radon is used to initiate and influence chemical reactions and as a surface label in the study of surface reactions. It has been obtained by pumping the gasses off of a solution of a radium salt, sparking the gas mixture to combine the hydrogen and oxygen, removing the water and carbon dioxide by adsorption, and freezing out the radon.

PRODUCTION: Radon is not produced as a commercial product. Radon is a naturally occurring radioactive gas and comes from the natural breakdown (radioactive decay) of uranium. It is usually found in igneous rock and soil, but in some cases, well water may also be a source of radon.

EXPOSURE: The primary routes of potential human exposure to radon are inhalation and ingestion. Radon in the ground, groundwater, or building materials enters working and living spaces and disintegrates into its decay products. Although high concentrations of radon in groundwater may contribute to radon exposure through ingestion, the inhalation of radon released from water is usually more important.

Should you test for radon?

Radon is a national environmental health problem. Elevated radon levels have been discovered in every state. The US EPA estimates that as many as 8 million homes throughout the country have elevated levels of radon. Current state surveys show that 1 home in 5 has elevated radon levels.

Can you fix the problem?

If your home has high concentrations of radon there are ways to reduce it to acceptable levels. Most radon problems can be fixed by a do-it-yourselfer for less than $500. If you want or require the assistance of a professional you may wish to look at the list of certified radon mitigators for your state. 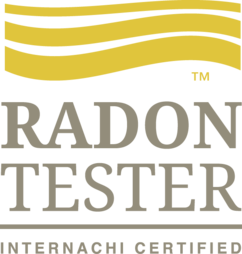 If radon testing is purchased, it is considered a separate service from the standard home inspection. Radon testing requires the test kit to remain in the lowest level of the the home for at least 48 hours under closed home conditions. Radon concentrations can vary day to day and from season to season. It is recommended rechecking the your radon levels from time to time and doing a long-term test to get a more accurate average. J & D Home Inspections LLC makes no warranty of any kind, expressed or implied, including without limitation any implied warranty of merchantability or fitness with respect to any item furnished, information supplied or services rendered you by J & D Home Inspections LLC. Neither J & D Home Inspections LLC nor any of our employees or agents shall be liable under any claim, charge, or demand, whether in contract, tort or otherwise for any and all losses, costs, charges, claims, demands, fees, expenses, injuries, or damages of any nature of kind arising out of, connected with, or resulting from, or sustained as a result of any item furnished, information supplied, or service rendered to you by J & D Home Inspections LLC. J & D Home Inspections LLC is not responsible for any delays or lost test kits once shipped out by USPS, FedEx, or UPS. Final results will be supplied by Air Chek Inc. via email. 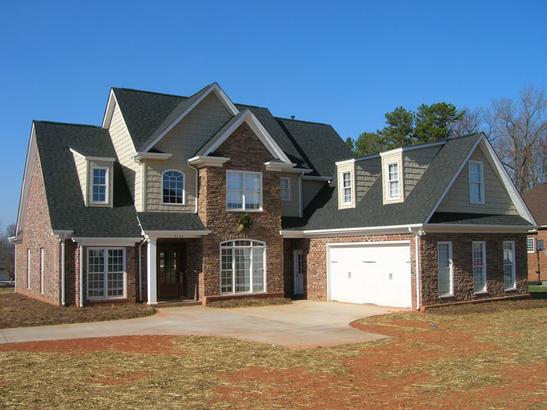 Short-Term radon test kits are an additional $100, and can be added to your home inspection invoice. An additional $40 travel fee may apply to homes not in the immediate Tri-Cities area.